Traditional Galician boats, the seafaring life of the coastline 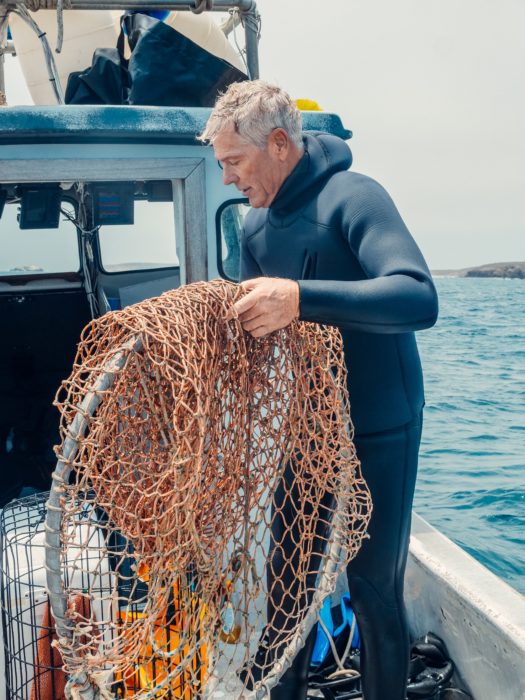 Galicia is the cradle of mariñeiros and sailors, fishermen and shellfish gatherers. Generation after generation of men and women dedicated to the various trades of the sea. Jobs that harden the features and sometimes the character. And thanks to which we can all enjoy the best that the Atlantic has to offer. From Galician octopus and sardines. To the mussels and razor clams cultivated in the inland sandbanks of the estuaries. Traditional Galician boats, an image of the seafaring life of the coast.

However, each one has its own use and history. And they are an exceptional example of the seafaring cultural tradition. So much so that the Xunta de Galicia is working to declare the construction techniques of shipwrights’ carpentry an intangible heritage asset of cultural interest.

Between museums and the sea
It is fortunate to have the legacy left to us by the creators of the ships, a cutting-edge technology of the past that remains almost unchanged today. And although many of these traditional vessels are proudly exhibited in the museums of coastal towns all over Galicia, it is easy to find them in the estuary.

It is easy to find them in the estuary reinvented as pleasure boats. Or doing the function for which they were created. Because their design is so appropriate that they have not needed major changes over the years. These are some of the most emblematic boats of the Galician coast.

Trainera, long and fast
The trainera is one of those traditional Galician fishing boats that captures the whole sense of coastal seafaring. Although it was born on the shores of the Bay of Biscay, it arrived in Galicia at the beginning of the 20th century to help in the fishing of horse mackerel and sardines, which required a light and very fast boat.

Smooth, elongated lines of oak and pine wood outline its silhouette in the estuary. With their eight benches and their oars, but without the sails, today they make up a sporting fleet with a deep draft on the coast. Every year, trawler competitions are held here as part of the Galician league and also at national level.

Buceta, the balanced and versatile one
Fishing is always behind the traditional boats of Galicia. The buceta is a type of boat with a rudder and square sail, ideal for longline fishing. With homogeneous lines, its bow and stern are the same height. And although it is typical of the Ría de Muros and Noia, it can be found all along the Galician coast with an outboard motor in place of the rudder.

Chalana, an essential support
This is the most humble of all the traditional Galician vessels, yet it is as important as any other. Its value lies in the support it provides for fishing as an auxiliary boat.

Without it, catching octopus and cuttlefish would have been a very difficult task. Small and flat-bottomed, it is commonly used as a transport boat in the estuaries.

Dorna: the beautiful, iconic Galician Dorna from Pontevedra.
Its shape is reminiscent of the ships used by the Vikings, the drakkar. With a deep keel, its overlapping wooden planks start from a narrow stern and arch as they approach the protruding bow.

Marked by a central rib on each side, they sail with the aid of a distinctive sail and a long rudder. For more than 700 years they have been a common sight in the estuaries of Pontevedra, Arousa and Vigo. Many of them, now restored, are used to enjoy a trip out to sea every day.

Its flat bottom makes it the most practical auxiliary boat for shellfishing afloat. With space to place the pots, years ago made of wicker, nets and tackle. A boat that we share with our brothers, the Portuguese fishermen who call it masseira.