Galician Castros, the legacy of the Celts 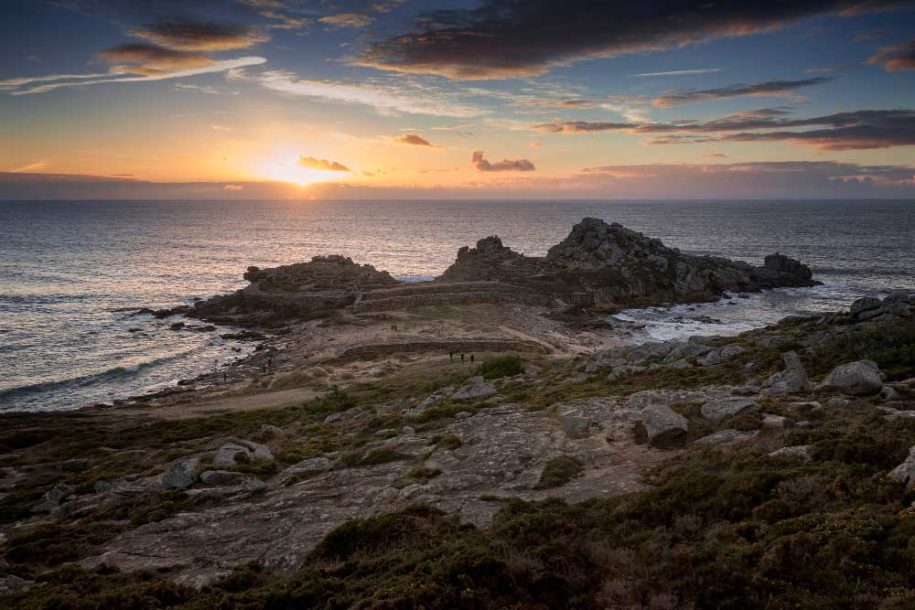 Galicia’s uniqueness begins with its close ties to the sea. From the first settlers to the invading peoples who settled along the coasts. Galicia is the daughter of the sea and stone, as shown by the abundant deposits of petroglyphs, dolmens and also Celtic settlements. Many of them are preserved in very good condition due to the humidity and the soil. Galician castros, the legacy of the Celts.

The stone on which the culture of our ancestors is based.
Almost everyone knows that Galicia is a land of legends, of salt and stone, a land of Celts. But not everyone knows about the “other stones of Galicia”, the engravings and sculptures beyond the Galician castros.

Petroglyphs, a message thousands of years old yet to be discovered
These are cave engravings made on granite with symbols and representations that still maintain the mystery of their meaning, in many cases. Made thousands of years ago, Galicia has many of the most incredible sites in Europe. Such as:

Petroglyph of Mogor and its spiral shapes, in Marín.
Petroglyph A Laxe dos Homes, in Cuntis. Bronze Age representations of a man and a woman.
The petroglyphs of Chan da Rúa, in the middle of the forest in Vilaboa.

If you want to know more about this marvellous legacy, you can visit the Parque Arqueolóxico de Arte Rupestre de Campo Lameiro.

The dolmens, the Neolithic funerary sculptures that are still standing today
Galicia has a good heritage in stone, beyond the Galician castros. A good example of this is the number of dolmens that can be found all over the region. One of the most important and largest is the Dolmen of Dombate, which is 24 metres in diameter. Or the more than 4,000 years old dolmens in the Concello de Muíños.

Belonging to the Neolithic period, these sculptures are related to funerary practices. One of the most striking things is to think that they are constructions erected thousands of years ago and that they are still standing with us.

Along with the passage of time, the other great challenge of these iconic stones is their composition. Bearing in mind that in Galicia the stone par excellence is heavy, hard granite. It is a challenge to elevate the rocks and place them firmly, both vertically and vertically. As well as the stone that acts as a roof in a horizontal position.

Galician castros, the pre-Roman fortresses home of our ancestors
Did you know that the Galician castros have functioned as villages for more than 1,000 years? It is believed that the first Celtic settlements were made in the 6th century BC in areas where visibility was very good. Often with sites as impressive as Castro Baroña, overlooking the sea. Or Castro de Santa Trega, in A Guarda, on the mouth of the river Minho. And from where Spain and Portugal meet.

Active until the 6th century AD, these fortifications still maintain their layout and shape. They conserve their original stones and it is believed that, in addition to those we know of in the open air. There are many that the earth still hides.