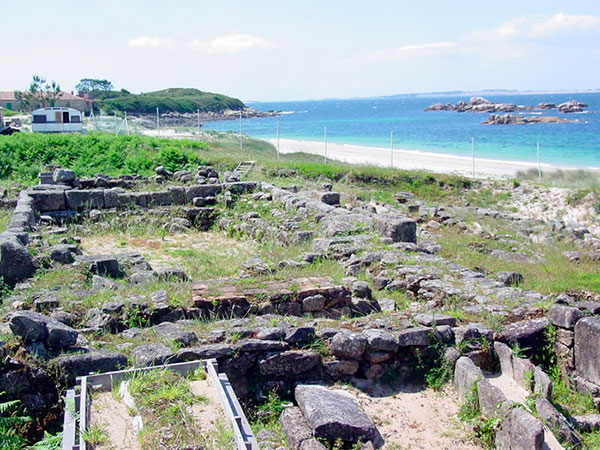 The Adro vello route runs through a place that ranges from rural Galicia, to beaches with crystal clear waters and fine white sand, passing through old salting factories, or through the archaeological finds that give it its name.

This itinerary is of great environmental value along most of its route, in the protected area of the Natura 2000 Network.

It is a route full of history, where we will find old salt pans, a source of wealth and work in the village for centuries, and the archaeological remains of Adro Vello, located just three metres above sea level and on the edge of the beach of O Carreiro. Here the excavation revealed, in superimposed layers, a Roman villa in which traces of fish salting, a necropolis, the plan of a Visigothic church, and elements of a late medieval fortification that served as protection against possible aggressors arriving by sea.

The primitive church, due to frequent looting by pirates and blows from the sea, was moved in the 15th century. XVIII to a safer place, which is currently occupied by the church of San Vicente.

How to get there